AND THERE WERE OTHER BOATS WITH HIM... 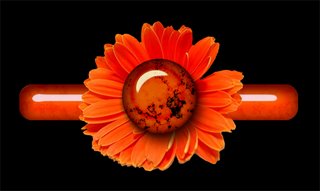 I really hope you all had a great weekend! I know my friend Gina did... she had the mega yard sale of all yard sales! Sounds like she turned half her household 'junk' into some cold hard cash - smart lady. She was trying to make some money to buy some nice, new, trendy furniture - well, by the sounds of it she can call in Debbie Travis now, he he! You can check out her adventures HERE.

I want to thank you all for your AWESOME comments - they really make me smile - inside and out!

Our Pastor spoke on SELFISHNESS yesterday. It was a terrific, home-hitting message. This bit of scripture is what inspired his message:

Leaving the crowd behind,

they took him along,

just as he was, in the boat.

There were also other boats with him.

So, you see, his point was just this - when the storm arose, the first thing the disciples in the boat thought about was....THEMSELVES - even though there were other boats out in the water (and in Pastor's version of the bible it said they were "other LITTLE boats"... so the disciples were thinking of themselves first! This is SO human nature! No wonder Jesus was annoyed when he awoke to find them in a panic, and thinking only of themselves... when the crunch came they thought of themselves first. It must have been frustrating in the sense that Jesus had been working with these guys for quite a while, but they had a relapse to their human nature the moment a problem arose. Now, when he awoke, He not only calmed the storm, He also rebuked the disciples. I know I published these song lyrics not so very long ago, however I would like to share them yet again as they perfectly demonstrate this message:

Sometimes He Calms The Storm

All who sail the sea of faith

Find out before too long

Pounding on the soul

Still we sail on knowing

That our Lord is in control

Sometimes He calms the storm

With a whispered peace be still

He can settle any sea

But it doesn't mean He will

Sometimes He holds us close

And lets the wind and waves go wild

Sometimes He calms the storm

And other times He calms His child

He has a reason for each trial

That we pass through in life

And though we're shaken

We cannot be pulled apart from Christ

No matter how the driving rain beats down

On those who hold to faith

A heart of trust will always

Be a quiet peaceful place

If you would like to copy just this song, here's a little trick. Simply highlight over just the text you would like to print, go up to FILE, click PRINT and when the print dialouge box opens, check off SELECTION...this way you won't print all sorts of 'extra' stuff.

And my last thought on selfishness - one that I'm grateful to have learned, can be demonstrated in this thought on marriage. 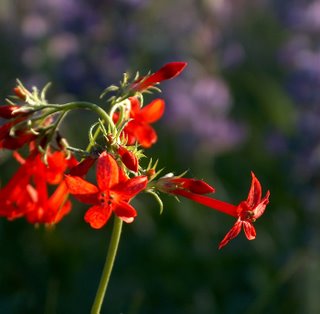 Its a great time to use rocks for hobbies. I enjoy painting on rocks, and kids love it too! Its an inexpensive hobby for them. The following site will get you started. HOW TO PAINT ROCKS There is even two sets of brief instructions on some simple projects. I would also suggest searching your library for more books.

I got this idea from a Reader's Digest Hint book - You can make pretty paperweights or shiny rocks for the base of plants (cactus especially) Find some palm size, smooth clean rocks. Put 1/2 inch water into a flat dish, like a pie plate, put 1 drop of clear nail polish into the water. The polish will spread out over the water surface. Holding a rock with your fingertips, slowly roll it in the water to coat it with the polish. Lay it on a newspaper to dry.

I would LOVE to see if you make any of these things!

Nail polish is not an ancient concept. Chinese nobility, as early as 3000 B.C. are believed to have colored their nails using polishes concocted of gum arabic, beeswax, gelatin and pigments. Nobility got to wear the cool shades, like gold, silver, red or black, while the 'lower downs' could only choose pastel shades. Egyptians, also, often dyed their nails with henna or stained them with berries. Polish wasn't just for women, either. In both Rome and Egypt, military commanders painted their nails red before going into battle. Hmmm...now even though my husband's background takes him back to Italy...I somehow don't think I can imagine him wearing red toe-nail polish...