You know the old adage about not forgetting how to ride a bike (something like it all comes flooding back when you sit on the seat again?) Well, there must be some truth to that because I have managed to create an element set to celebrate the anniversaries of two people who are dear to me.

Firstly, it is my Sister in Law Judy's anniversary - she and my brother Barry have been married many, many years. Well no, there were not dinosaurs running around in the background of their wedding photos, and they were not hauled off to their honeymoon in a horse carriage - but still long enough to be an inspiration! They have glued their relationship together with a love of common interests, including RV'ing, photography, fishing (even though SHE outfishes HIM quite often) and especially their desire to keep their family close! We wish you continued years of happiness and good health (and good fishin') and hope you are doing something special today! My Sister Nina made a pretty card for Judy and Barry, if you would like to see!

Secondly, we can send good wishes along to Valinda and her husband Jim who too, who celebrate a long and happy marriage together too. Their official day is tomorrow but I am sure that a visit and comment over on her blog today will free up the actual date. I'm SURE she and Jim must have special plans cooked up. Wishing you and Jim the best as well, Valinda. After watching the little video on your blog it's evident you and Jim share a lot of laughs together.

A last little word I will squinch in here... have you been over to Kim's blog to catch her and Bunny's latest CU Grab Bag? I'm telling you, these are AMAZING products. I can't believe the quality and they are inspiring me to design... 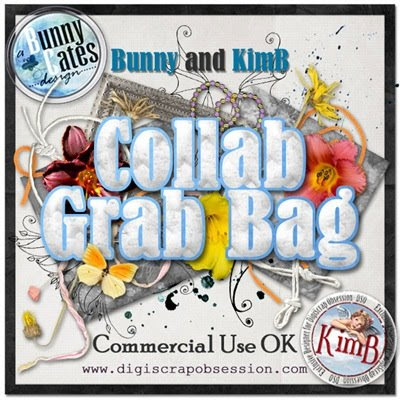 So, sorry this is a short blog post but I'm still in vacation mode here at home, have not even unpacked our clothes yet! I hope you all enjoy this small token I've created in honour of Judy and Valinda. It's for personal use only, please! These elements are high quality at 300 dpi and will fit your 12 x 12 layouts. I'm uploading to drop.io because 4shared was not responding when I tried to access it. Feel free to comment if you don't know how to download it and I'll help you out. 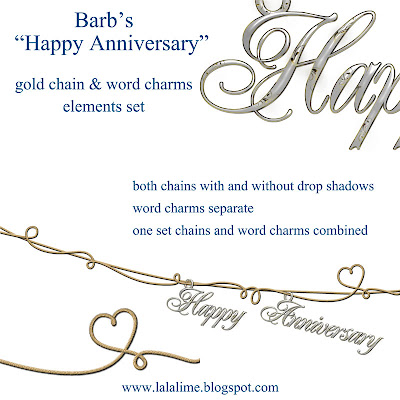 A Bit of Our Vacation


I have so much to to blog about our vacation that I really do not know where to start. So how about with a bit of humour, right off the bat?

Toward the end of our holiday we spent about five days camped at one of our favorite places on the Oregon coast, Humbug State Park. Its located just south of a quaint little seaside town called Port Orford. We've been to Port Orford several times over the years.

We discovered a unique thrift store there called "The Little Shop of Horrors" and it proved to not be scary at all, but it was a bit eclectic and interesting. That first year Mr. Miles bought me a pretty treasure chest which I still have. So this summer we thought we would see if it was still there.

I always regretted that I had not taken photos on the first visit there because the owner has several dogs who are so funny! One is a Bulldog, there's a HUGE furry fluffy dog (like 3 - 4 ft tall!) named Thor, and a sad, forlorn, melancholy looking Basset Hound - I'm not exactly sure I even saw the fourth dog and what breed it might be. I just recalled they were all interesting characters and regretted having not taken a photo so this time I promised myself I would take a picture if I had the opportunity.

The critters were definitely still there and so after asking permission, my Mr. was enlisted to snap a few on his camera because my camera has no flash (quit working a while back)

Turns out the dog was having a little rest, cuddle up to one of its many teddies, under a table.

So, I coaxed it out from under there - did not take more than a mere call and he posed real pretty for me. 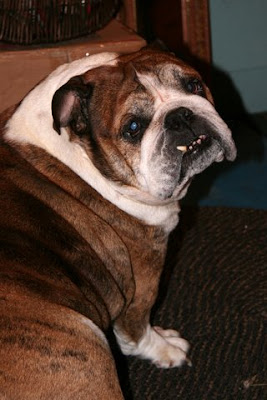 Don't you just love that stray fang? Well, once he realized he was in the spotlight with my Mr. taking pics he kept running right up to the camera and so I called him back to me...

And it was like a 100 lb sausage launched itself at me - knocked me right OVER! Of course Mr. caught that on camera too - me reduced to a puddle of laughter, the dog thinking it was all a big game till I got up off the floor. 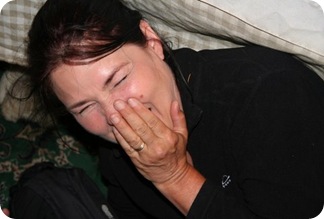 So, if you are ever in Port Orford, Oregon - stop into the shop but whatever you do don't get down to face level with the dogs!

What did I buy this time? I bought a dozen sticks of Wildberry Incense sticks. DELICIOUS scents! Have you ever heard of them - do YOU like incense?

Thank you to all of you who came and visited in my absence and your lovely emails too!

Photos from the road

These are for you Angie - tried to send you an email but the program failed. I'm praying for your requests.

Writing From The Seashore

I'm snugged up in the lid (tent pop-up) of Sebastian (our VW) at Florence, Oregon. We arrived at the ocean yesterday. Feels like a second honeymoon. Finding ourselves with a wifi signal so I'll post a few pics of our journey so far.

Sharing a moment with a 'deer' friend...

My handsome one at the John Day Fossil Beds

Zikes! This critter is displayed under glass along the trail.

Which boasts the third purest water ON EARTH!

Well, my handsome one beckons - off to create more memories!

PS - HAPPY ANNIVERSARY to my sister Nina and Bro in Law Mike today! (link in sidebar)