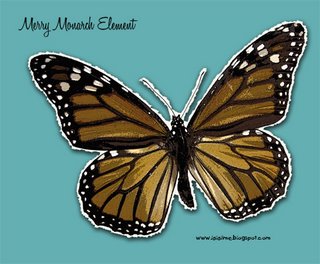 There is a saying I've heard. "Don't tell anyone your troubles, half of 'em won't care, and the other half will be glad you have 'em!" Now I honestly don't believe this, but if this were the case someone would be very happy right now, because I discovered last night, that I've lost a BIG chunk of my vacation pictures. I had several friends trying to help me recover them but its not going to happen. Good reminder: BACK YOUR FILES UP TO CD OR DVD! 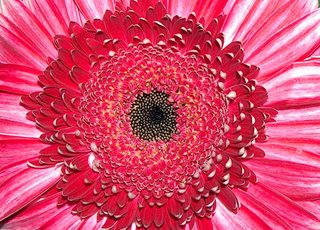 On the more cheerful side, my sweet Miles brought me a beautiful bouquet yesterday, and NO, he did not buy them to comfort me for the loss of the pictures, he brought them home after work, to say he missed me!

And another AWESOME thing...(TOOT TOOT! - thats my own horn...) I discovered yesterday that my scrapbooking tutorial is now online at Christian Women Online. I am tickled pink. You can view the tutorial HERE. Thank you Darlene, so much for this!

I recieved an email from my friend Erika and I thought it was so clever and funny that I will share it with you. Now I want you to know beforehand I believe in our soldiers fighting for us and I don't think there is anything funny at all about the tragedy of war. However, I think this is a humourous take on things, Miles being a teacher and all:

TEACHER ARRESTED IN TERROR ALERT
NEW YORK - A public school teacher was arrested today at John F. Kennedy Airport as he attempted to board a flight while in possession of a ruler, a protractor, a square set, a slide rule and a calculator.
At a morning press conference, Attorney General Alberto Gonzales said he believes the man is a member of the notorious Al-gebra movement.
He did not identify the man, who has been charged by the FBI with carrying weapons of math instruction. "Al- gebra is a problem for us," Gonzales said "They desire solutions by means and extremes, and sometimes go off on tangents in search of absolute values. They use secret code names like 'x' and 'y' and refer to themselves as the 'unknown', but we have determined they belong to a common denominator of the axis of medievil with coordinates in every country. As the Greek Philanderer Isosceles used to say 'There are three sides to every triangle'"
When asked to comment on the arrest, President Bush said: "If God had wanted us to have weapons of math instruction, He would have given us more fingers and toes.

BARB'S HANDY TIP # 66
Eat Your Mush
(and make your kids too)
See, my friend Gina knows what's what. For about a year now we've been b'fasting together and we are as consitent as... porridge! Well, it turns out there is some science behind this that backs up that we will continue a HEALTHY friendship if we continue. You Mom's and Dads - read the following article (click on the title) and see why its SO IMPORTANT to feed your kids a good breakfast, specially if you want them to have the good grades. Hey, you can give them cash incentives with the money you save on not buying the sugary, expensive cereals!

NPR: A BETTER BREAKFAST
Posted by Being Mrs Miles at Thursday, August 31, 2006